Traveling With Incontinence – Part 1: Having Everything Go Wrong

Posted in: For Men, For Women, For Caregiver 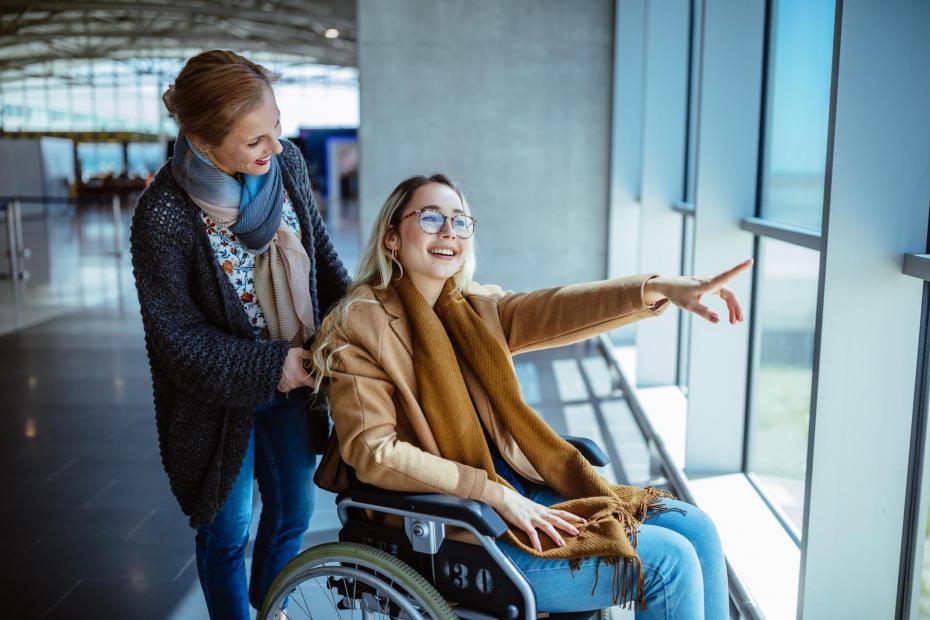 It was 5am after a sleepless night, and I was debating the merits of sleeping in until the hotel kicked me out OR following through with my commitments and beginning the long, arduous journey to South America. The past several days had been difficult to say the least: I was sure I had a UTI and my bladder was having its annual pee-fest with blitzes every hour on the hour. Due to the fact I had already been traveling for a week, I wasn’t able to wash any of my clothes, leaving me with a sparse collection of non-compromised pants left to wear for my week-long trip to Ecuador. The trip was a humanitarian venture with my nonprofit – and of all the trips I could cancel on, this was definitely not one of them – so I threw what little willpower I had together and launched myself out of bed. There was no time for shower, makeup, or sanity, so I quickly rolled out of the hotel room, lap piled high with suitcases, and began my 5-hour hazy-eyed, bladder-clenching drive from Orlando to Atlanta.

I stopped halfway for a bathroom break and encountered a fully flooded and fully unusable accessible bathroom. In times like these, I would normally make the switch to a different gas station, but my bladder was giving me the now-or-never signals, AKA 30 seconds, until a blow-out accident. I was horrified at the realization of two things: first, that I had to squeeze into a two-foot-wide stall from my wheelchair (a venture that would likely leave me dumped onto a urine-coated floor); and second, that my pad had mysteriously twisted itself into knots, a formation that would not withstand the soaking it would surely receive after my stall-jumping attempt. The latter fear became a soul-crushing reality within those 30 seconds, and I sat on the toilet on the brink of tears, with one of my last good pads and pairs of pants wet with pee and despair.

I knew I could not risk losing yet another pair of pants, so I waited until the bathroom was empty, scurried out of the stall pants-less and quickly barred the door so that I could rinse the sullied pants under warm water. I dried them as best as I could, slapped them back on and headed back to my car. During the remaining part of the drive to the Atlanta airport, I aired out the pants under my blasted AC and hoped that this rocky start was no indication as to the rest of my journey.

The gas station incident plus horrendous traffic left me running behind on schedule, and the task of hauling my 50-pound suitcase into the airport by myself pushed me over the edge from late to very late. Once I got to the check-in counter, it was clear that there was a question as to if they would even allow my ragged self on the plane. Luckily, the gate attendant seemed to take pity on me and put me on the fast track through security, boarding and the thousands of bad-tempered people, right onto the plane. As I transferred from the aisle chair to my seat, I realized yet another horrifying truth. In all the commotion, I did not have a chance to use the bathroom before boarding. It was only a matter of time until the bladder fairy came to visit, and I was not comforted with the knowledge that the difficulty of getting to a bathroom had just gone up exponentially.

After most of the passengers had boarded the plane, I decided to gather my courage proactivity and flag down the flight attendant to discuss my pressing bladder needs (always a fun topic to broach with a perfect stranger). This was an almost six-hour flight, and chances of needing to quickly get to the loo were as high in the sky as we were about to be. Once I got her attention, I very calmly but pressingly stated:

"Hi, I am a wheelchair user and will need to use the bathroom at some point during the flight. The gate attendant assured me that there is an on-board aisle chair that I would be able to use whenever I need to go. What is the best time and way to let your team know that I need help getting to the bathroom?"

I had asked other flight attendants on flights around the world this same question many times before, with varying responses of support, but I had never before encountered the kind of response that I got from the woman in front of me.

Gob-smacked is one of the only ways I can describe how I felt in that moment.
Shocked and confused, I replied: "I would deeply love to be able to go to the bathroom myself, but I CAN’T WALK! And my bladder doesn’t function normally like other people’s bladders do – so I physically can’t wait six hours to pee."

With the charm of a sledgehammer she responded: "That’s not my problem or my responsibility, so you’re going to have to figure it out until we get to our destination." Then she spun away, nose in the air, and made it clear that our interaction was done.

Meanwhile, I was shaking. Not only had I been denied something that was a basic human right, I was treated with the dignity of what I imagine is given to a goldfish in the storage cabin below.

The following several hours included grasping the armrests beside me in misery and forcing as much attention as I could to the movie playing on my screen. Unfortunately, the scene of my real-life movie was the true suspense thriller as I was desperately trying to maintain the last shred of control I had over my bladder.

We’ll skip to the end of the movie, where control was completely lost and chaos ensued: this included having to ask for extra blankets from the rude flight attendant, using them to help mask the tragic seat-soaking results of not being able to go to the bathroom and finding a way to sit on the least damp side of the wet blankets in an attempt to dry my own backside.

At this point I was debating whether I had made a serious error by not simply staying in bed that morning.

I gathered up my very used blankets and waited to finally leave this flying nightmare. The plane landed and people began to scurry out as I anxiously waited to be escorted to my wheelchair. Perhaps the piéce de resistance of this experience was being left on the plane for almost 30 minutes AFTER everyone else had disembarked, to the point that the cleaning crew was telling me in a hurried Spanish, "You need to get off the plane!"

How many more times would I have to explain to people what "I can’t walk" means?

Three hours later, after a bumpy midnight drive into the Ecuadorian mountains in some of the most uncomfortable pants I have ever had to wear, I was gifted with a room that included a cozy bed and likely one of the two accessible hotel bathrooms that existed in Ibarra.

I sleepily laid in bed thinking about how unfair the whole situation was… Why did my travel scenarios have to be 10 times more challenging than everyone else’s? Would it always include a bladder that had no respect for normal plane customs (AKA not peeing in your seat) and staff that so blatantly discriminated against people with disabilities?

There was one clear conclusion: traveling with incontinence was a "witch." 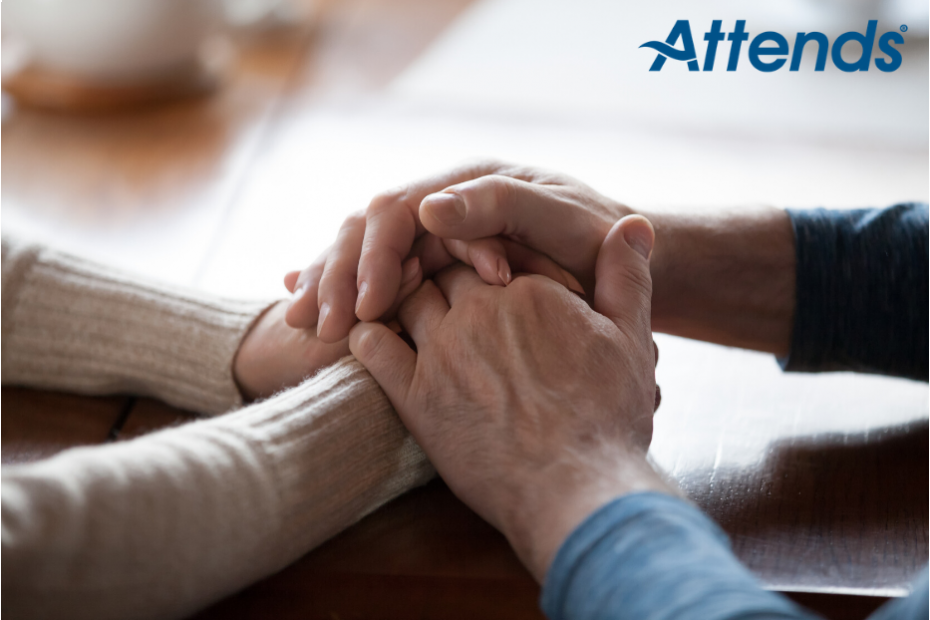 Signs & Symptoms of Incontinence and How to Talk about it

Incontinence is a common condition affecting approximately 13 million Americans (possibly more because many of those living with it may feel shame, embarrassment or anxiety, and do not feel comfortable discussing the topic). It is estimated that the 70% of people with incontinence don’t seek help for their problem. Needing help and being vulnerable is something that is hard to accept for many people, especially those who have played the role of caregiver throughout their lifetime, making it even more difficult to accept care for themselves.

Domtar Corporation (NYSE: UFS) (TSX: UFS) today announced that its Personal Care Division, a leading manufacturer in the disposable incontinence product category for over 35 years, launched their most absorbent and highest performing product line in the Attends ® family.

Product Finder
Back to Top